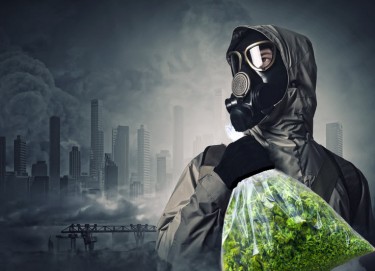 With the way things are going, I think it’s safe to say that investing in home gardening is probably a good thing. Turns out that Preppers may have been right all along, even though they were being dubbed as “extremists”, “paranoid”, or just plain insane. Meanwhile, billionaires are building bunkers and taking “prepping” to a whole new level.

Don’t worry, I’m not sounding the alarm bells that the world will end, but rather that the current geo-political environment is very unstable. With authoritarian grabs for power, since the start of the Pandemic one of the biggest casualties has been “democracy”. According to several reports, there have been a significant decline in democratic procedures since the start of the pandemic.

The 34-nation organization added that as of August 2021, 64% of countries have taken an action to curb the pandemic that it considers “disproportionate, unnecessary or illegal.” – SOURCE

That’s right, 64% of countries have taken actions that are “disproportionate, unnecessary or illegal” and if you take into account the latest economist-driven research paper by John Hopkins, all of this may have been to only reduce 0.2% mortality of Covid.

Whether you side with this latest study or not, the truth of the matter is that we’re on some unstable political grounds at the moment and all it would take is one massive issue to occur to unleash either civil war or the start of World War III. Of course, Biden and Russia having a “whose dick is bigger” contest isn’t helping either. Factor in the rise in people clamoring for government censorship – it almost seems that 1984 wasn’t a novel but a prediction.

I’m still hopeful that a sliver of humanity exists in people and that we’d rather remove bad political players than turn on our fellow “Tailies”. However, if things do spiral out of control perhaps now is the time to start working on your contingency.

Of course, this is a blog about weed and so we’re going to be primarily focusing on how to grow weed and why it’s a good idea – especially if money becomes devaluated. However, a “Prepper’s” guide would expand beyond just weed.

Firstly, you’ll want to grow weed as a means of legal tender. Since cannabis has a real market value, you can technically “trade” weed for things like water and food. Thus, if you only focus on growing weed then this might be the strategy you’d want to implement.

The problem with this strategy is that cannabis buds do have a shelf life and if you don’t take the necessary steps, it might spoil. Not to mention other environmental issues like pests, mold, and so forth. In this case, it’s probably best for you to not only grow weed, but make some hash, RSO oil, or anything of the sort.

RSO oil has a very long shelf-life and is easily divided into small measures. This makes it even easier to use it as a substitute for money. Of course, the valuation of the RSO would be determined on the availability of the product. Since most people won’t be growing weed – we can assume that it would be “somewhat scarce” and the more processed the cannabis the greater the price tag.

HOWEVER, you should also consider growing other drugs.

During wartimes, medicine is frequently lacking. Supply chain issues could leave people without access to other type of drugs such as opiates. In this case, it’s probably in your best interest to grow things like Kratom, Poppies, Peripentadenia Mearsii, catnip, and many more.

If you’re able to supply opiate substitutes you’d be able to make quite a pretty penny in volatile times.

Depression and dealing with it all…

Another thing you could consider growing are psychedelic mushrooms. These have been shown to help with depression, anxiety, and coming to terms with things that you can’t change – such as your own mortality.

Mushrooms are fairly easy to grow and can either be used medicinally or recreationally depending on the intention of the user. Therefore, it makes sense that you’d also want to grow magic mushrooms, Baby Woodrose (LSA) and perhaps some San Isidro Cacti (Mescaline) to supplant the medicines dedicated to reducing psychological ailments.

Once again, all of this becomes currency when the supply chain breaks down.

Microgreens, Mushrooms, and other foods

Finally, you’ll also want to begin growing food. Ideally, your first objective should be to grow enough food for you and your family to survive. To do this, you need to take in consideration things like crop cycles, diversity of food sources, available space.

If you’re living in a small environment, vertical growing is your friend. If you have the space for a garden, do some research on the best foods you can grow – then grow it. If you can survive a month without needing to buy anything and just eat from your garden, you are essentially “Prepped” enough to survive about anything. I’d also work on creating a seedbank just in case you are forced to move away from your home – perhaps due to civil unrest or some other fear-driven activity.

Think about fish, chickens and rabbit…

Finally, to be able to maintain a proper diet with enough protein – you could think about getting a few chickens. Hens lay 1 egg ever 1-2 days, meaning if you have six hens, you could easily be producing a half a dozen eggs per day.

Introducing aquaponics into your cannabis grow will allow you to have fish while providing your cannabis plants with the right nutrients from the fish waste. Finally, probably the most brutal of all – rabbits are an excellent source of meat and their reproduction rates enable you to keep this source of protein going.

I’m not saying that we’re going to enter into a down spiral into a more authoritarian way of living, but I’m also not saying that it’s impossible. As mentioned, I have hope – but the cynic inside of me is saying, “GROW SOME DAMN FOOD!”

How prepped are you for a global conflict? 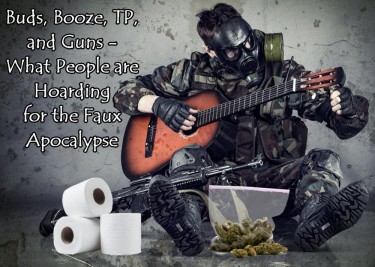 GUNS, BOOZE, WEED, AND TOLIET PAPER, WHAT PREPPERS ARE HOARDING!

HOW TO HOARD SEEDS FOR THE ZOMBIE APOCALYSPE!

How to make cbd oil

CBD Oil as a Relief Supplement for Huntington’s Severe…